A fast-talking mercenary with a morbid sense of humor is subjected to a rogue experiment that leaves him with accelerated healing powers and a quest for revenge.

Secondly this review does not come from a bag-wagon, marketing Deadpool fan.. that’s right if you didn’t read about Deadpool before being plugged in by their marketing you fall into this category, now go and pick up a comic book.

Without a doubt Deadpool has the best movie intro since Jay-Z’s “The Ruler is Back” – I mean the open credits had me rolling from the get go; trolling level 9000 (Dragon Ball Fans will get this).

The composition is phenomenal, with different genres of soundtracks coming into play and ridiculous choreography and stunt moves. Deadpool is not a movie where swear words are dropped because of it’s character’s turrets, no, this is a well scripted movie with hilarious punch lines at the perfect time. This movie did not fall short of making fun of it’s own characters and even the studio itself either. I cannot express how accurate they’ve got Deadpool to the very drop of blood. The interaction with the public FUCKING BRILIANT, like I still fell he’s addressing to me whenever I watch this movie and the beat downs are just as painful as the horrid crap that comes out of his mouth.

One of the aspects I really liked about this movie is how the story of Wade Wilson is told, which was one of my concerns when this movie was announce. I’ve compared this character to the late rapper Nate Dogg many times, great feature character that can jump into any story but would not perform the same solo.. and this is where I have to recognize for the brilliance behind this movie. Also worth mentioning this is the only Marvel movie you could get Stan Lee cameo as a DJ in a titie bar.

I feel this was the best approach in introducing this Marvel character to the world, along with the marketing, which again stands alone when it comes to comic movies. Deadpool; breaking records and bones, awesome!

Director Tim Miller and scrip writers Rhett Reese and Paul Wernick should be held at the highest when studios want to make movies based on comics.

Ryan Reynolds probably made the greatest comeback in the comic movies. After leaving us comic book nerds disappointed with Green Lantern, this man’s performance is outstanding – worth of a nominee if you ask me. Ryan was teamed up with Stefan Kapicic (Colossus) and Brianna Hildebrand (Negasonic Teenage Warhead), who didn’t do much damage but had a good performance and lived to their purposed.

Deadpool is the perfect anti-hero movie we could of asked for.

Oh.. “The sequel we’re going to have Cable” MMMAD! 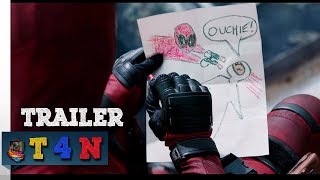 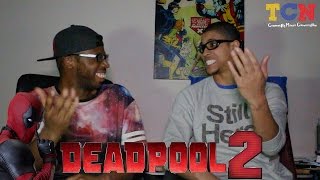 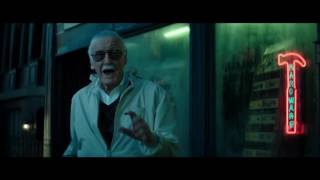