An Amazon princess leaves her island home to explore the world and, in doing so, becomes one of the world's greatest heroes.

Previously on The Cyber Nerds

My views always correlates with my direct experiences, I get deeply attached to the worlds and characters specially when it comes to comics. Wonder Woman is something special to me, so my take on her new movie is different from any other review done before. Enjoy!

Before we witnessed our first ever Wonder Woman (movie) on the big screens, Warner Brothers gave us the trailers, four to be exact. The first one reaching well over 21 millions views and while the majority of the world embraced this and loved every second of it, The Cyber Nerds we’re on the other side of the spectrum – very underwhelmed. Check out our trailer reactions.
While we got some stick from our viewers for not being so enthusiastic about it, every time a new trailer was released our expectations and reactions deteriorated, matter of fact there was no reaction at all which made me a Wonder Woman fan (top 3 DC) very unhappy and nervous for this movie. Fast forward to mid May, two weeks before it’s first release and WB decides to give us the 4th and final trailer. Now at this point I’m done with the trailers, but TCN duty calls and myself and the 1/3 sit down for a final reaction and what do you know, WB answers my prayers and releases the trailer I had so envisioned for my favourite heroine. GOOSEBUMPS!

The beginning starts at the end of the previous “pre-Justice League” and the end seems like the new beginning of it, which gives the sense of direction without giving any information or reveal any of the team members. The wait is over, the failed trailers are behind us and the most anticipated heroine movie in the 21st century has arrived and her name is Diana of Themyscira, played by the beautiful Actress Gal Gadot.

Shot in many places in Italy, Themyscira is stunning; surround by blues, built on green mountains and white cliffs with bottom white sea sand. A perfect creation of Zeus himself for the perfect warriors, but left us to desire more when it came to action from the Amazonians. The slow motion capture just didn’t do justice from what was shown, don’t get me wrong the intention was good and so were the fighting/training moves but it was just the wrong approach.
On the other hand, the background history on little Princess Diana and her ancestors is well covered and beautiful to watch how she came to be the most unconquerable warrior the hidden paradise has ever seen.
Robin Wright plays General Antiope, the fearsome Mrs Underwood (House of Cards) is responsible for Diana’s training and once again she did not disappoint. Due to trailers I distanced myself as much as possible, so it was to my surprise when seeing her on the screen as the high ranking Amazon officer. As little we got from her, it made a big impact as who they chose for this role and in my eyes and as a fan It sends a strong message that they understood the Wonder Woman story. Hopefully in the future we will have a stand alone WW movie where we get to see more from Robin.

Gal Gadot leaves us with a well represented Wonder Woman. Not that she left any doubts in Batman V Superman, but the spotlight was on her this time instead of the world’s favourite DC Heroes and she succeeded in making us a believer that she was the right one. The trailers (once again) left an image of a comedian who can fight, thankfully Gal’s genuine performance leads us to a this sheltered warrior who upon been raised by books and stories, when she comes to the world we know, her interaction and reactions are indeed funny.
The language also stood out, both physical and spoken. I loved the fact the Amazons had their own accent instead of a straight up English one, the Israeli born actress did not shy away from putting her bilingual skills to the test,  emphasising more on the origins. Which brings me to the physical side which is one, if not my favourite aspect of this warrior; her astonishing fighting abilities and expression. Gal Gadot has previous military  experience, her fighting scenes were off the chart and the best thing about it, it got better and better towards the final fight!
Honourable mentions across all casts who I felt played their roles to the dot. Her relation with Steve Trevor (Chris Pine) rises but not to the point of romance as we have witnessed with Superman (Thank God!).

One of my main questions when we first learned about this movie, was who would be the great threat to push Wonder Woman’s powers and would the Gods be involved? Certainly wouldn’t make sense for her to just fight ordinary men with guns. Ares the God of War played by David Thewlis is introduced as the main villain and threat to humanity and Themyscira. The God’s approach to humanity is always like a game of chess played on both sides, a game where the pieces are moved by the transparent influence only for them to just sit back and watch men’s reactions. To this point I feel Thewlis played it very well on all three fronts of the war, but this was short lived when his main battle against Wonder Woman raised up. A lot of talking and not a lot of action.
This comes to a disappointment has this failed to raise to the moment of the battle of God’s; his transformation was ok, but nothing of Godly was presented to say the least.

There are very few movies that are flawless or just as near, regardless how much I want to be behind this movie, It did not fail to raise a eye brow and certainly does not escape the usual question about DC movies. Wonder Woman starts off well, falls off with the slow motion and GCI jarred scenes and makes a steady progression through out the movie.
Without a doubt this movie feels like it was shot by two completely different directors and I can tell by the amount of Zack Snyder action movies that I’ve watched, that his DNA is all over this film. Which raises the question why does Wonder Woman have two different sides to it? The first side is the first three slow motion trailers, which by no accident mostly are at the beginning of the movie. Did WB notice something wrong and got Snyder to make all the right calls? Was it too late to call this movie off, so a different direction was taken over Patty Jenkins? A lot of talks have been circulating about the positive message Wonder Woman sends out about women roles in Hollywood, was this a public stunt? By no means I want to discredit Jenkins of her work or any female of taking main roles and being the main figure. One thing is clear, as much her name is on the front line, Snyder is certainly behind the scenes.

Talking about influences, the end credits backs up how great this movie is and how thoughtful screen writer Allan Heinbeirg was when putting the story together. Having the like of Brian Azzarello says it all to me. Having read the last New 52 version of Wonder Woman and knowing it’s success, you know it makes sense having the likes of Azzarello involved in this movie.

The thing with being a hardcore fan is that due to our knowledge and the idea of  “knowing it all” as soon as we see something that doesn’t fit with us we tend to bash those responsible in the movies. I was ready to be harsh from the beginning but held myself to be open minded and not just seeing it through my own eyes. I’m glad my theory on the trailers underplaying this movie was right, as it stood up to the name and powers of Wonder Woman. This is a solid good movie and despite the negatives, it has so much potential to improve and become one best DCEU movies by WB.

It’s a Mens world under the supervision and powers of Women. Wonder Woman is terrific and stands as an example for the future of heroines in the big screens.

My daughters will grow up watching Wonder Woman for sure. This is certainly a buy. 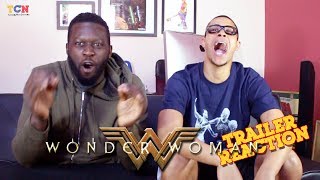 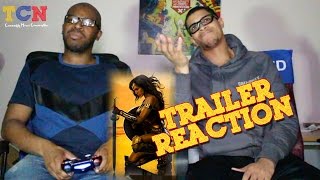 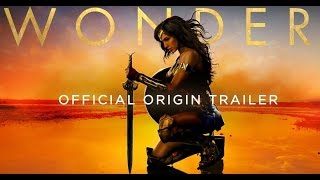