Bruce Wayne must not only deal with the criminals of Gotham City, but also the responsibility of raising a boy he adopted.

When I first heard about this movie I was honestly wondering what the guys at DC could be thinking. There couldn’t be a bigger contrast to their cinematic universe with the likes of Ben Affleck and Henry Cavil leading those films. But this is one is still made for the Batman fans who have watched every single Batman film from way back where it all started.

At first sight this sure does look like it is a film made for the kids but even the biggest Batman fan will also enjoy this. The film knows what it is, and uses it to it’s advantage to be entertaining. It’s trump card is that it will throw satire and parody from the history of Batman, DC and Lego. Cameos galore as you will be seeing characters from all dimensions, loads of ‘Oh yeah’ moments when references click which just adds to the fun of the movie.

I also saw the casting list and thought surely this cant work, it is was great voice acting overall as they suited the tone with every scene. Will Arnett does make a good Batman being able to balance the Dark Knight characteristics while dropping those witty lines with good timing. Barbara Gordon voiced by Rosario Dawson is level headed and straight forward, which makes her comical ques even better when they land. A solid performance and a good Batgirl. Alfred has a good role in this movie and Ralph Fiennes does a good job pulling off the good old English butler dropping snidey comments as well as belittling the Batman more so than usual which was a good dynamic and welcome. I never thought I would hear the day Zach Galifianakis voice The Joker and be okay with it until I heard Zach Galifianakis voice The Joker and I am more than okay with it. He was able to pull off the sinister yet cunning in this tactics of wordplay, still being able to play with you mind and not being quite sure what he is up to is done well yet toned down.

As weird as it is there is still a Batman story, there wouldnt be much of a movie without one but it is told well and fitting to the characters from Robin to even The Joker. It was more for the plot to move things a long but it is a long standing Batman theme. It is not told as well as other films in the Batman film catalog but still able to feels when needed.

This is where the movie just became ‘meh’ as it was just ticking off boxes of movie plot points. The jokes don’t last forever and when the movie starts to hit home of the actual themes it seems misplaced. Almost as if the dramatised narrative of the movie feels forced and the jokes came naturally. I am not too much of a fan of stop motion or even Lego for that matter as I would rather see CGI 3D models and hand drawn cartoons but the movie plays this to it’s benefit. I wouldn’t say it is hard to look at or dated, but needs getting used to as it is it’s own style.

t like a child at Christmas. Who wouldn’t be if you were let into the Batcave and saw the Bat-space shuttle or even a Bat-train. Maybe he was there to be the annoying side kick then he played his role well but that is how he came off to me. He was still able to be funny and witty but was just as annoying always finding new ways to ‘Dad’ or even mention Bruce Wayne being his dad. The theme couldn’t have been more drummed in as if Michael was there to just to be a reminder of it all in case viewers forgot behind the laughter. us most of the

The Lego Batman Movie is quite the entertaining movie for all ages and more so for fans of Batman as he points jokes at himself. Even with a strange slow down towards the end, it soon picks itself up from where it left off and you will be back to enjoying what they were feeding you in the first place; being an amusing experience of a movie.

The film knows what it is, and uses it to it’s advantage to be entertaining. It’s trump card is that it will throw satire and parody from the history of Batman, DC and Lego.

The movie does send you on a ride that you won’t forget for being an actual funny Batman movie comprised of Lego. I never thought the two would mix but this combination goes well like burgers and chips. DC should think about making more of these as it is a buy from me! 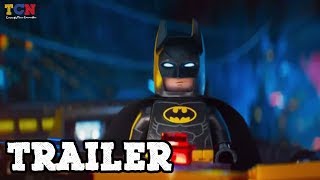