The Fate of the Furious

When a mysterious woman seduces Dom into the world of terrorism and a betrayal of those closest to him, the crew face trials that will test them as never before.

The crew are back with another high octane quarter mile of NoS fuelled action that it would blow the lid off anyone’s regular motor. With The Fast and The Furious we all know that is all about the cars and family but can they switch things up in the latest installment as shown in the trailers they have taken a left turn at the traffic lights. Out of all the people, Dom (Vin Diesel) betrays his family as he teams up with Cipher and there could not have been a more of a berserk duo.

As you come to expect the action scenes, yet over the top, really are some outlandish things you probably wont see anywhere else. Yes they would need you to suspend your belief but if you sit back and relax there are some hair raising moments to enjoy. I don’t know who comes up with these ideas but they are as crazy as they come, even to fit the series staple of fast cars is crazy. There is really nowhere Dom and the crew can go and not make it feel like how can they possibly outdo themselves. Fight scenes are okay as they are shot at a decent angle but it is the crunching sounds of the hard hitting connects that really get you into it. Dwayne Johnson as always is devastatingly scary to go against and you just feel sorry for the chump who goes against him.

The crew just has a gap that now can never be filled and it certainly shows. It felt like they tried to make things work but without the personality of Paul Walker bouncing off of Vin Diesel the void is present. In fact there seems to be so many characters in the mix some of the relationships between them just seem meh as no real chemistry is there. It is good to see that Dom and Letty still have a good thing going on but I cannot say much for the others. But the crazy fact that his whole crew is now on his tail surely one of them is bad enough to stop this guy?!

rt and cunning, you understand her motives and even with doing very little still feels dangerous as she has a good grasp of not only her own wants and needs but everyone else and plays it to her advantage. There were moments I thought to myself, you could make an interesting movie on her own as a spin-off and I think that is more hats off to Charlize Theron really bring the character to life. The movie knows what it is and doesn’t try to bring you real thriller but a fun over the top action and it delivers on that.

Some action movies have wet dreams of the crazy things they do in The Fate of the Furious and on that point alone, if you like action you will enjoy this. 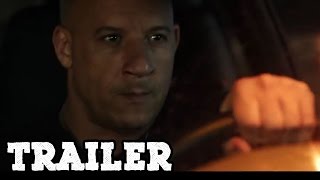