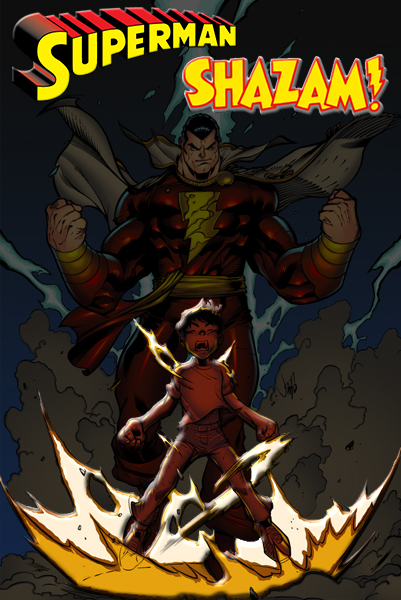 Superman/Shazam!: The Return of Black Adam

Chosen by the wizard Shazam! to be the world's protector, young Billy Batson becomes the World's Mightiest Mortal. Battling alongside Superman against the nefarious Black Adam.

Superman/Shazam – The Return of Black Adam

You may be wondering if this is a Superman and Shazam movie, why isn’t Superman on the front cover? Well, this isn’t a Superman story. He is merely a feature who gets to buy Billy Batson breakfast, and right after being battered by Black Adam (ahah) and secondly did you really think I would have Supes on the front cover of my review? If you did, you’ve just earned yourself a Cyber Nerd bozo point.

If there is anything DC does right when it comes to depicting it’s comics on the screen, it’s the animated films and The Return of Black Adam, although being a short animated movie lives to the hype. Really, if you are not familiar with DC’s animated films do yourself a favour and get hold of them! I guarantee you, it almost lets you forgive DC for their cinematic disasters, almost.

To be fair the only negatives of this movie, is that you might find it extremely short like I did. Excited with the bargain on Amazon (shout out to Amazon for the deals) I completely ignored the movie details, so when I found the movie running it’s credits I was slightly upset. Within time and having the movie playing in the background so many times, I forgot this little hiccup and now I just enjoy Supes getting his arse handed to. Sorry Superman fans, it is what it is.

Speaking it’s minutes, DC was cool enough to throw in Never-Before-Seen short films of: The Spectre, Green Arrow and Jonah Hex, which all combined they amount to just over an hour of movie time. I will not go into details but I did enjoy them all. 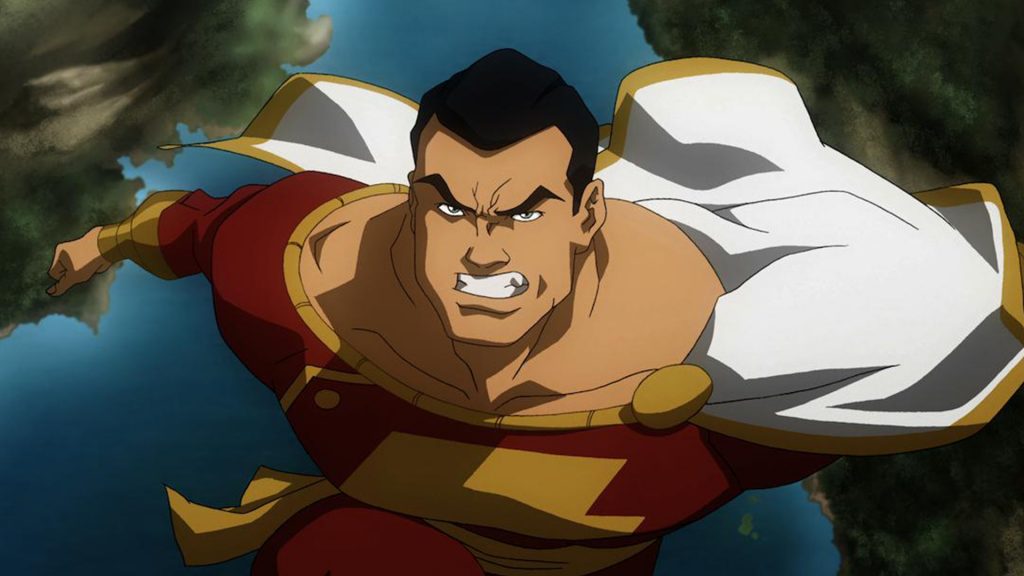 Now onto my favourite kid on the block; Billy Batson.

Although the animation is quite simple, I find it smooth with the characters being well modelled for the style used. Black Adam looks bad to the bone and Captain Marvel is so cool. A lot of Shazam’s history is covered in a small amount of time, allowing those who know nothing about the character to understand the why’s and the how’s about the hero and the villain. As much as I dislike Supes, It was cool having him here as a reporter who ends up in the middle of the feud, this was smart of the writer to add someone well known to the animation. Also worth mentioning that the voice acting were on point, I know some fans people tend to get down with who does what voice, but that doesn’t bother me much or at least I haven’t come across a bad voice acting.

Billy Batson might be just a kid, but there is much Pride, Envy, Greed, Hatred, Laziness, Selfishness and Injustice in the world and when he speaks the word Shazam! he becomes the champion of the Gods.

To buy or Not to buy? If you’re a DC animation movie fan and it’s at value price, by all means buy it for your collection as I did. But if you’re just a DC movie fan, then this movie won’t do much for you, so you might want to pick something else up to add to your movies collection.