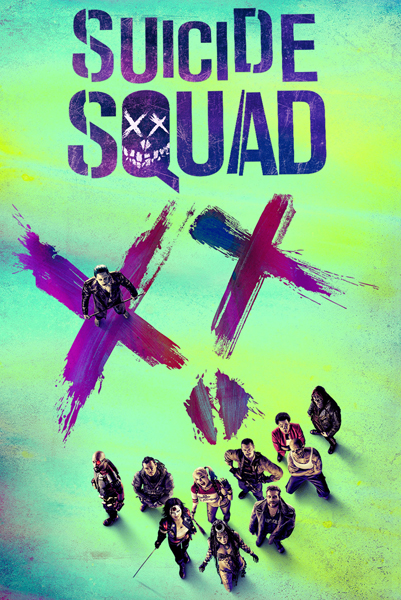 Suicide squad is the 3rd instalment in the DC Comic’s Cinematic Universe, and this time, we’re on the bad side of the coin. The villains seem to have the steering wheel, so now let’s watch this beautiful car crash!

The characters and cast are where suicide squad shines (sort of). Performances from Will Smith (Deadshot), Margot Robbie (Harley Quinn), Viola Davis (Amander Waller), Jared Leto (Joker) and even Jai Courtney (Captain Boomerang) make it fun to spend  time with these dark and twisted misfits.

And thankfully, this is where the majority of the movie is spent. But with every great performance, there is someone who is unused or just generally terrible – to even it out – like Cara Delevingne (Enchanchress. She easily makes it into the top 3 of all time terrible Comic-book villains! She is so bad, she belongs in a Marvel movie, (come at me Marvel Fan-boys!). Also, Adewale Akinnuoye-Agbaje (Killer Croc) and Karen Fukuhara (Katana) quite frankly be taken out of the movie and nothing would actually change AT ALL! Well…accept for a couple good one liners from Croc but you get the point.

One of the things that did catch me by surprise, was how much humor is crammed into this movie.

Even with the dark tones, and aimless plot, it still lands really well; mix that with a soundtrack that’s almost as good as ‘Guardians of the Galaxy’s Mix tape Volume 1’ and you’re in for a treat.  So there turned out to be two pleasant surprises really, in areas I wasn’t expecting much from at all. 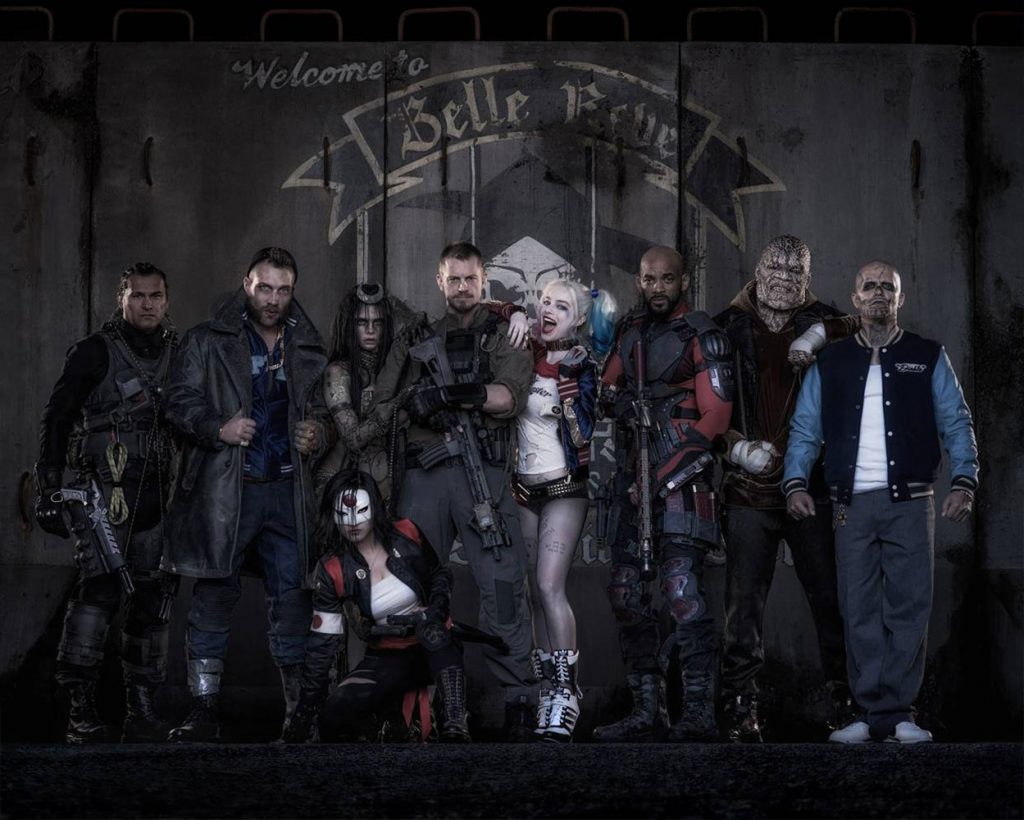 This movie does do an amazing job of expanding the Mypthos of the DC Movie Universe; explaining and hinting at how the world has reacted to the death of Superman, in Batman Vs Superman *Spoiler Alert*,  (probably should of put that before “shrug”). And even explains just a little bit about Meta-Humans, and what their roll will be moving forward too. You have to love the cameos from the Flash and Batman as well – just letting everyone knows this is all tied together.

The first hour of this movie is amazing as it sets up our villains or heroes, whatever you want to call them, with brief back stories and how we got to where we are in present day. Then it’s just downhill from there! In the third act of this movie it all falls apart – when the real reason for the mission is revealed – it instantly lets everyone know that this was all a waste of time, and we should have been doing something else!

With a director like David Ayer, great character performances from an amazing cast, a surprising amount of humour, and a top notch soundtrack, it’s hard to understand how Suicide Squad missed the mark so badly. It’s sad to think that somewhere out there, there is the actual ‘David Ayer’ version of this movie which we will never see, that’s not chopped up like it’s an 80’s MTV music video.  The Villains in this movie have no real motivations and their plan to destroy the world makes no sense, when you consider the powers they have anyway. The only thing worse than that, is the fake forced emotion we are supposed to feel for a character that has stood on the side-lines for the majority of the movie.

With a director like David Ayer, great character performances from an amazing cast, a surprising amount of humour, and a top notch soundtrack, it’s hard to understand how Suicide Squad missed the mark so badly.

If you’re a DC fan buy it for the collection, but it’s not one you’ll be watching over and over again. If you’re not a huge fan, just wait till it pops up free on Netflix and Amazon. Even then, just watch the first hour, and then turn it off. Unless you want to be disappointed; it’s a definite Netflix and chill recommended. 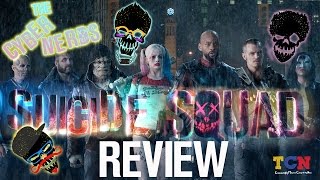 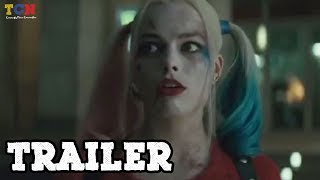 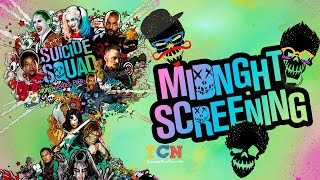