From Lucasfilm comes the first of the Star Wars standalone films, “Rogue One: A Star Wars Story,” an all-new epic adventure. In a time of conflict, a group of unlikely heroes band together on a mission to steal the plans to the Death Star, the Empire’s ultimate weapon of destruction. This key event in the Star Wars timeline brings together ordinary people who choose to do extraordinary things, and in doing so, become part of something greater than themselves.

First off let me apologise to Disney. Back in 2012 in my second year of University when I learned about George Lucas signing away his Star Wars empire, like many fans across the globe I was angry, confused by this and like many I solely believed Disney would ruin it. Fast forward to 2016 and we have our first Star Wars side story along with everything else that’s in motion across different mediums, making this beautiful Universe more complete each year. Thank you Disney! Never in our wildest dreams we would of thought of having a standalone movie that ties in with the episodes.

It’s 2016 and were given our first sequel (Episode VII – The Force Awakens), a year later we’re once again walking into the cinemas for Star Wars – Rogue One and we couldn’t be more excited to enter in to a new generation of Star Wars movies.

Star Wars Celebration, Rogue One panel – I have to rewind back to the summer (five months prior to the release of Rogue One), as this added to the anticipation and my overall experience. The cast, the teaser trailer, behind the scene coverage, it all adds up to the success of this movie and how well prepared and organised everyone at Lucasfilm is. Honestly, I don’t see this franchise ending anytime within the next twenty-thirsty years. That is, if it will ever end.

Throughout the months of trailers and news behind Rogue One, there was a lot of concerns about it not being focused on force users, you know the typical stuff that makes us fans turn five again and jump around like it’s Christmas day. I can understand the feelings (SW) brings out of us, I really do, but here is where most didn’t realise and had forgotten about; behind the lightsabers, the fancy moves, planets, characters and vehicles, there is simply a great story that touches everyone in the galaxy, no matter how far away you may be.

Rogue One is all about the other side of the war that was never told, the non force users who also made a difference in the fight against the Empire and most important of all how the New Hope became to be.

Let’s talk about English film director Gareth Edwards for a moment, a man who has a kid would recite Star Wars lines at the back of his parent’s car. I have no doubt he had help from the likes of Dave Filoni and Pablo Hidalgo, but his vision and direction for this movie is unheard of in this franchise! From space, to sky, to the ground fights it’s simply beautiful to watch and appreciate even more how big this war was and the ones who were never in the spotlight. I cannot be more thankful for his delivery and the experience he has given me through this movie.

“It is not about the Skywalkers, it’s about real rebels on the ground fighting the real war” I couldn’t agree more with this quote, as Rogue One shows us the full match, making the New Hope fell more like the highlights (English kids will understand this). Rebels chained up, troppers worn down,  this is the true meaning of gritty war affair and we’re sucked right into it. To add to that, we get the introduction of Jedha where we learn more about the kyber crystals and it’s link to the Death Star’s power, Scarif, Eadu and let’s not forget the awesome home planet that forged Lord Vader; Mustafar.
Although Jyn and  Cassian may be the main front leaders of the rogue team, I got the feeling everyone was a leader in their own right (including K-2SO), sticking to their strengths and executing a mission that turned the war, no matter the cost.

Darth Vader, the return of the Dark Lord. I’ve been watching Star Wars my whole life and I have never seen the father of the Skywalker’s on the big screen and most likely neither have you. It was fun but at the same time brutal to see Vader glide through the screens like never before, even now as i’m writing this i’m overwhelmed by reminiscing his scenes and lines “Be careful not to choke on your aspirations, Director.” If this pun is not very much in character with Vader then nothing else is.
If I mentioned the dad, I must mention the daughter and although her screening time wasn’t much, it was perfect and brought us so many memories it deserves a standing ovation.

I know i’m bias and a big fan of Donny Yen, but so what? I have to leave my two cents here about his character; Chirrut Inwe, born on the moon Jedha and guardian of the Whills. A fun character and a true believer of the force who is ready for a beat down when necessary along side his companion Baze Malbus (Jiang Wen) who goes H.A.M. with his heavy repeater cannon. It was said this movie wasn’t based around force users, but did you really believe the rogue team would pull this off without the help of the force? In return Chirrut  leaves us with what might be the second most line used in the Galaxy “I am one with the Force. The Force is with me.”

So much is left unsaid here and to be honest, the best way to get a full feel of my review is to just sit down and watch this movie over and over again. Turn on your home cinema system to the max and fell the force as you watch he best team to date ever assembled in Star Wars.

Behind the lightsabers, the fancy moves, planets, characters and vehicles, there is simply a great story that touches everyone in the galaxy, no matter how far away you may be.

Like the Original, the Prequel and the Sequel, If you are a Star Wars fan Rogue One must to be added to the collection.

2 thoughts on “Rogue One: Star Wars” 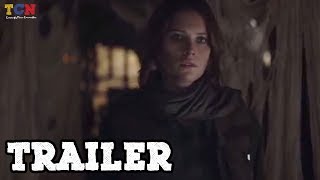 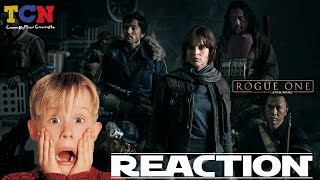 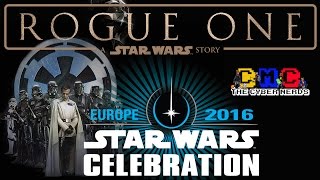 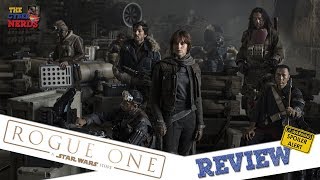