In the near future, a weary Logan cares for an ailing Professor X in a hide out on the Mexican border. But Logan's attempts to hide from the world and his legacy are up-ended when a young mutant arrives, being pursued by dark forces.

Maybe it’s because this is the ‘Grand Finale’ of Hugh Jackman’s Wolverine…and maybe as a huge fan of this character (both comic and cinematic), I felt some type of way about it. I’ve been gassed for months over this movie and as trailers were released the hype increased! But it wasn’t until I sat down at the Cineworld Unlimited Screening, that I had to confront the reality when asked by the 1/3 (Joe) “Who do you think will die? Logan? Charles?” I replied.
I really think answering that question is what caused me to have heartburn (literally)! So as we make our way out after the movie, with no dialogue between us…I reply to what I was expecting be to asked…”I give it an 8!” Yeah…Joe laughed and couldn’t understand; I had to watch it again. Because honestly, at the time I couldn’t put my finger on it!

Alright…cool…it has been two days and I’ve got to watch Logan again.

This is the most complete Wolverine movie we’ve ever had on the screens; completely different from the others from every angle: action, story, struggles and outcome. Took us almost a decade to get this right, but we have finally done Wolverine justice.

It’s the year 2020 – the world is different – the X-Men are no longer – mutants haven’t born in the past two decades – Logan is broken and hurt like never before – and our favourite professor Charles Xavier is suffering by some type of brain disease, which you do not want to be around him when it goes off!
Logan is the next best ‘anti-hero’ Marvel movie after Deadpool. My goodness, this is a never-seen-before Wolverine action movie; it is raw, it is brutal and savage, just like a loose animal in the woods craving to tear it’s next meal apart. Hands down to Hugh Jackman for his brilliant performance, I feel he really gave everything on his last performance as the Wolverine, 10/10.

The heartburn must have really messed me up on my first viewing, because everything made sense when I heard Charles asking

” Logan what did you do?” SNSLKCNDPOHIRBDKJHCEIUEBKSLCX
– YES, I SPAZZED OUT! *hint* (a few months ago I read Old Man Logan). This is a brilliant story told and the fact X-Men comic books where used as a pathway and safe haven for the new generation, MIND BLOWING! Honestly, this story is quite simply told, but if you know your X-Men stuff, you’ll find that in reality it’s a masterpiece in disguise. Now, I’m slightly mad because there’s actually screen writers out there who can tell stories in movies like comic book writers. No excuses not to have your own interpretations using comic books as guidelines to make  fantastic and enjoyable movies.

This movie was well shot – with the amount of fast action scenes we are left with – good compositions and barely any jarred CGI scenes. The piano…this instrument was well used in this movie. I felt every time it was played, we all died a little bit inside; like we all have Adamantium for bones. As I stated above, this is not your typical Wolverine movie and the soundtrack is on point. Props to the crew, producer and writer.

Low-key this movie should be called Laura. Also known as X-23, she is in every sense, kill and skill…the version of the old man! With an extra X chromosome and a dash of Latin flavor. Dafne Keen came out to show her true acting colours and their are frightening…and bloody, keeping up to par with Hugh Jackman!
The Wolverine meets his match, and how joyful it is to see his reactions to her fighting abilities and similar attitude. If there is one thing for sure, despite all the action, is that the relationships and emotions brought, takes this movie to another level. We know relationships is not Logan’s forte, yet who would of thought that we would be witnessing this…while witnessing his struggle on his last mission – instead of your typical mutant enemy. It’s just a brilliant approach to close this chapter in the cinematic world.

The kids came out to play and as much fun they can be…they meant business when it was crunch time. Their screen time was good enough to grasp how they came about, showcase some of their powers and hopefully what we’re supposed to forward to in future. Also, I love the idea that they have this perception of their older generation, through comic books and toys. That’s pretty awesome if you ask me, as they will have an idea of what the X-Men stand for, but they will not be brought up under the same teachings.

Honestly, this story is quite simply told, but if you know your X-Men stuff – you’ll find that in reality it’s a masterpiece in disguise.

I couldn’t be happier with the pathway chosen for Hugh’s Wolverin to end;  everything fits in perfectly according to my knowledge for the character, but most importantly the X-Men. Lessons have been learnt from the past, and now we get to start over again. As much I leave unsaid here, I appreciate this movie today more than the first day and with the last seconds of the X in mind; I look forward to the next generation of the X-Men and Logan’s legacy through Laura’s claws.

This is the kind of movie that you will have on your shelf, that will get you the nod from your visitors. 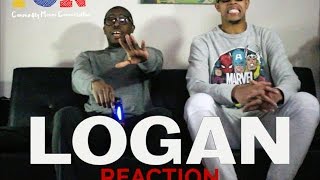 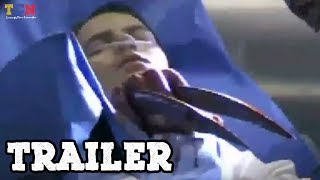 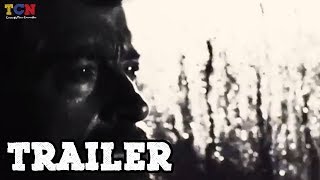