Legendary hitman John Wick is forced back out of retirement by a former associate plotting to seize control of a shadowy International Assassins' guild. Bound by blood oath to help him, John travels to Rome where he sqaures off against some of the World's deadliest killers.

John Wick: Chapter 2 2017’s Number one neo-noir action thriller film, directed by Chad Stahelski and written by Derek Kolstad. This is a sequel to the 2014 film John Wick, a movie that has grasped millions of movie junkies all over the globe, and without a doubt TCN’s crew were present at the UK’s first (unlimited) screening.

This Chapter has broken it’s previous record; all you need to do is just look at the numbers both domestic and foreign, but I’m not interested in sales. Today, I want to talk about how mind blowing this movie is. Geeks and Nerds – I give you John Wick: Chapter 2 review.

I wish this review was my reaction in cinemas, because, no matter how much I’d like to give you guys my insight and describe the ins and outs of this movie, there just isn’t enough words that I can fit in here for it. Realistically, if you are to look at John Wick as a movie, you can honestly say “This is a really good action movie!”. Which is fair, but what we cannot deny, is that the team behind this movie know what this movie is, and they have stuck with it making it more than just a “Really good action movie!”

Despite seeing the training Keano Reeves took in preparation to shoot this movie, (and I was amazed and super excited for it), it still managed to make me jump and make ridiculous excited sounds when watching it both times. It was like my body was in autopilot mode ready to react to every single action scene! I’m grown…I’m not supposed to be excited like this…like my niece when she watches Peppa Pig…but you know it’s movies like that will live forever.

Chad Stahelski has delivered us a masterpiece of action scenes, in a bulletproof suit. We have seen plenty of antagonists being shot in the head, and I’m pretty sure if we are to search these scenes, we’d put together hundreds of hours, but what I don’t recollect, is any of those being captured like in this movie. It’s fast, it’s brutal, and it hits you like a strong substance. Action 10/10!

Screenwriter Derek Kolstad also gives us the coolest lines that fits in perfectly in the world of assassins:
Cassian “You working?”

The dialogues are not amazing, but the delivery is outstanding, and characters such as The Bowery King (Laurence Fishbourne) and Abram Tarasov (Peter Stormare) do make these simple lines look epic. Not everything is a serious assassin like line. We were also able to enjoy humorous scenes that allows us viewers to correlate with. As  stated at the beginning of this review- they know what this movie is…and they stuck with it through and through.

And last but not least, the cherry on top of it all – the choreography. I got a chance to watch this movie for the second time on the Cineworld D-Box, a motion generating system built into special seats. Motion effects are specially programmed for each film and are synchronised perfectly with the on-screen action to enhance the viewers experience. Now I mention this because the overall choreography of this movie is 10/10, but seating on the D-Box…it takes it to another rating system (perhaps this should be created).
Keano Reeves is 80% stuntman and 20% actor; this man pulls the most amazing moves, and when he insists the majority of times they should be done by him and not his double. Just another reason to hold this movie at the highest ranks when mentioning Action Thriller. 10/10.

After almost fourteen years since Matrix Revolutions was released, we finally get another trilogy from Mr. Reeves; today is a good day.

This is the movie that will be right next to The Matrix Triology. It’s a must buy. 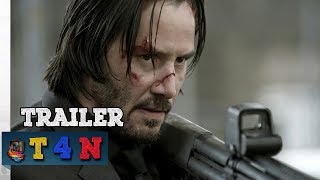 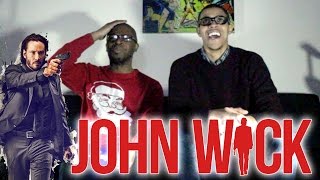 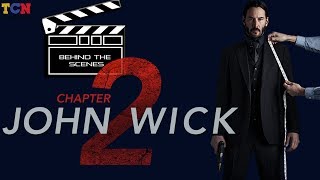 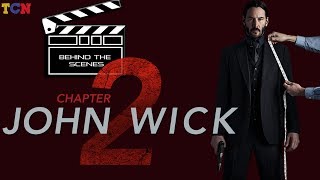