Guardians of the Galaxy Vol. 2

Set to the backdrop of Awesome Mixtape #2, 'Guardians of the Galaxy Vol. 2' continues the team's adventures as they unravel the mystery of Peter Quill's true parentage.

If you are looking for some awesome out of this world adventures then look no further as the guardians are set to blast you numb with energy from beyond the cosmos. This mish mash of characters band well together who just seem to gel oddly enough with everyone’s favorite space leader of the guardians Peter Quill who also likes to be known as Star-Lord because he is cool like that, the ever so abrupt Drax, Gamora who would rather the fighting do the talking, Rocket who resembles a trash panda and cute Baby Groot. This is just scratching the surface with the cast who feature, and they do a marvelous task with all characters feeling involved and getting their own spotlight.

This of course this expands to Yondu who gets more shine in this movie as he is more acquainted with the group. We get to see more than just the whistle blower from the first movie and it goes deeper as to why he is the way he is. The team are still amusing as they bounce off each other with quick quips and sarcasm. Even with so many jokes they still hit the emotional tones as you get to find out why the way the characters are. Especially with Peter and his relationship with his dad, Ego. It takes us on a journey as to why Peter is the way he is, his journey through the cosmos, growing up without a dad or no real father figure and ultimately becoming the man he is today. The family of the guardians is what is so strong here as they are so compelling from Drax being so forefront it comes off super comical because it is so honest, to loving Baby Groot because he is so adorable. Just look at those eyes!

The movie knows what it is and knows what it does well! The jokes are certainly a step up as they were almost at every corner and the same goes for the action. It keeps it captivating, the visuals are great and it certainly does fit in the style of the movie. We get bright colors and the tone of the movie is very happy happy joy joy. I am happy about this as it is a break away from some of the dark and gritty stories Marvel have been doing lately. Just take a look at Age of Ultron, that movie pallet is mostly grey, and I blame Ultron for that.

Out of all the Marvel films this does feel like it is a stand alone film being set in space and having more of a sci-fi atmosphere. But we are still hit with a lot of nostalgia with the soundtrack which is on point. They always seem to pick the perfect track for what is going on with the scene. Not only is the soundtrack  a blast from the past but there are little nods here and there to pop culture references which were just awesome!

Because they expanded on the characters it did become a problem. It did make some parts of the film choppy and at some points was not clear on where the focus was. It was confusing as to what was really happening until the final act so most of it did feel like filler even though there was still good character development.

At the same time Gamora didn’t feel like she was involved much, sure she is just an assassin who is now in the company of others with questionable pasts but she was the most bland and if it was not for Nebula, she would have been forgettable. Drax could seem a little over the top at times especially if his jokes didn’t hit the mark. If it was not for Peter and his dad finally meeting the story would be forgettable.

No doubt Guardians of the Galaxy is a fun movie to watch, more padded out than it needs to be but still recommended for the sci-fi, comedy and of course the comic fans. 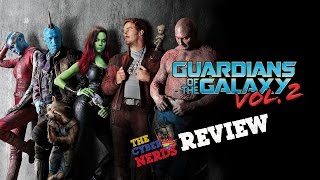 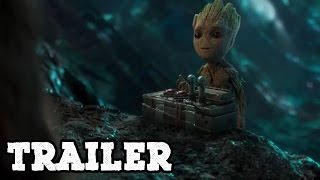