From Marvel Studios comes “Doctor Strange,” the story of world-famous neurosurgeon Dr. Stephen Strange whose life changes forever after a horrific car accident robs him of the use of his hands. When traditional medicine fails him, he is forced to look for healing, and hope, in an unlikely place—a mysterious enclave known as Kamar-Taj. He quickly learns that this is not just a center for healing but also the front line of a battle against unseen dark forces bent on destroying our reality. Before long Strange—armed with newly acquired magical powers—is forced to choose whether to return to his life of fortune and status or leave it all behind to defend the world as the most powerful sorcerer in existence.

If you enjoyed being incepted into the world of Dom Cobb and if  you’re into the Wizardly world of Hogwarts such as myself and the whole of the UK, Doctor Strange is “Inception on steroids”.  Disclaimer: we do not condole drugs nor promote it, unless of course, you do a little mushroom to enhance your experience while watching this movie.

Not only this is a phenomenal combination of two worlds but also a dramatic story with real life scenarios that are breathtaking and allows us the viewers to be emotionally invested. Doctor Strange sets itself apart from any other Marvel movie and I’m glad I got to do this review – Shoutout to the other two thirds for letting me do this.

It is always a concern for me when comics such as Doctor Strange debut in the big screens, as I always wonder how on earth are they pull this through and engage us comics fanatics.

This is probably one of the least Marvel comics I’ve read, but after watching Scott Derrickson’s big blockbuster at some point I am sure to pick up a issue.

The Ancient One ( Tilda Swinton) swallows us into warps of what I can only describe as “trippy” spells of magic. Astonishing visuals that goes with her brilliant acting, deemed of a true Londoner. Her character is a symbol that we can recognise and side with, despite her role in the universe and powers, her triumphs and wrong doings is something we can all relate to. This goes for every hero in this movie, there is such balance between, comedy and drama, great execution across the cast.  This movie is composed of true insane genius’, every magic scene got to me and most of all I didn’t feel repetitive. It’s smart to the level that by the time you’re done watching it, you might end up with a Dr. degree.

Benedict Cumberbatch is Doctor Strange. Remember all those actors in line for this role? Incase you didn’t know Benedict Cumberbatch was never on the radar for this role and just like this “trippy” magic he has transformed from a mere Marvel character (in my eyes) into an upcoming personality that we cannot wait to see again or even better, merge with other super heroes.
I also have to add that I’m a fan of Kaecilius played by Mads Mikkelsen, who is not the main focus and your typical main villain, he is rather used as a justification to introduce the doctor to the cinematic world. A job well done and although it may seem this is the last we’ve seen of him, i’m sure the best if Kaecillius is to come.

Magic is an illusion and so is the villain of this movie, as much we ‘re focused on on Mads character is it Chiwetel Ejofor who plays Baron Mordo who is really the one to look out for. The efforts didn’t just go all out towards the visuals, writer Jon Spaihts made sure we got a good story for all who came to watch, filling in all gaps and setting up for the next movie. Watch out for Baron Mordo.

With more or less said, I have only one question. What’s better than the warp that incepted us in the first place? It can only the end fighting scene. This is vision and technology pushing the bar to the next dimension. It is poem in motion both backwards and forwards, literally. Doctor Strange has left us wanting for more, I cannot wait for his next movie.

Whether you are a geek or a normal movie goer, this movie caters for anyone who buys home movies. A great pick up for whatever the occasion; whether you’re under the influence or just enjoying the evening with your partner. 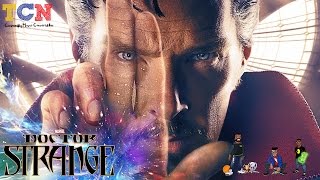 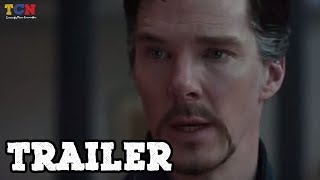 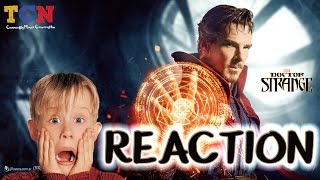