When you have been following everything leading up to this point Marvel had to come up with very good reasons as to why we are about to see the Avengers face off. It is clear that Steve Rogers played by Chris Evans does not see eye to eye with Tony Stark who is played by Robert Downing Jr so it is only that well get a movie where all bets are off and they can just go at it. But it is not as simple as that, lines are finally crossed and there is no going back.

After the Avengers I couldn’t imagine fitting even more heroes into one movie but all those who star play their parts well. Sure some have more screen time than others but they carry the story forward with very compelling circumstances. Steve Rogers wants to save the world from terrorism but at what cost? Tony starts to see that what he is doing is effecting lives and feels there needs to be a change. So now we have two sides of the coin. The craziest thing is that I can see both sides are right or wrong, they both fight for what they believe is right. It is good to see that heroes don’t actually along all the time and even they have their differences.

The casting is great and performances from everyone is on point. We get a lot of returning faces like War Machine, Scarlet Witch, Ant-man, Vision and Hawkeye but we are also introduced to some new faces. Black Panther (Chadwick Boseman) shows his prowess for the first time and it is something to get excited just by his whole aura is awesome. Later we are introduced to our new Spider-man (Tom Holland) in the Marvel cinematic universe. He brings a good energy and even with the few scenes we see him in.

The action scenes are absolutely crazy fun and they only get better as the movie goes on. They are shot with good angles and cut nicely to the degree of seeing most of the sequence pan out. You have got to give them props here as most movies nowadays with fist fights happen so quickly you don’t even know who is throwing the punches.

As good as the action scenes are they do suffer the usual shaky cam. It is few and far between action movies that do not use this type of shot when it comes to action scenes but unfortunately it has made it’s way here. It does not plague all of the scenes but when it does, it is very annoying.

I did say that the cast was great and spot on, however does anyone remember the villain? Oh that is right Zemo was in there somewhere. Marvel sure does make sure the heroes steal the spotlight, and there is nothing wrong with that but the villain has to be more compelling than just the deviant plan he has cooked up. I didn’t expect him to go toe to toe with the like of Captain America or Iron, even better so that he made them go against each other but as soon as his plan was over it just felt like he was over too.

The action scenes are absolutely crazy fun and they only get better as the movie goes on.

This is a must buy! Awesome action scenes! Marvel superheroes going at each others throats! First look at Black Panther in live action movie in the MCU! Great to see Spider-man mingle among the current ! 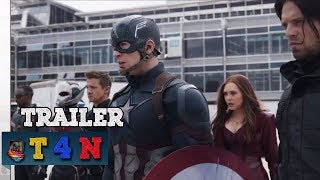 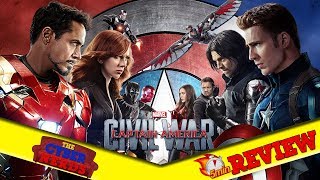