Fearing that the actions of Superman are left unchecked, Batman takes on the Man of Steel, while the world wrestles with what kind of a hero it really needs.

Now before we get into this lets just leave the 10 years of anticipation for this movie at the door along with your expectation for this to be the biggest movie of all time (nothing will beat starwars)  because if you go in to this movie with hopes set to high your going to be very very disappointed.

Now there is nowhere better place to start than with Batman. Everything to-do with the caped crusader in this movie is amazing; Ben Affleck maybe one of the best actors to capture the duality that it takes to successfully portray a drunken older billionaire and a caped vengeance monster known as the dark knight.

Mixed with Zack Snyder’s eye for visuals and action this makes for the best batman fighting scenes we have EVER witnessed as well as a great new dynamic between him and Jeremy Irons Alfred. (who is my new favourite Alfred; sorry Michael Kane)

Unfortunately the complete opposite can be said for Clark Kent and Superman in this movie after loving man of steel I was ready to delve back in and see where our new superman was in his journey but the movie focuses too much on what the world thinks and not enough of what he thinks of himself and his beliefs in why he does what he does.

A big downer for me was the inclusion of too many sub-plots at times the movie loses focus and tries to add motivations to characters that don’t need it. The introduction of the flash, Aquaman and, cyborg just feels forced in and the real question is: Did we need it? But the presence  of Wonder Woman is perfect she is somewhat of a saving grace; They give us enough of her to get a feel for the character but not so much that we need to change the title of the movie. No matter what the rest of the internet says Jesse Eisenberg’s Lex Luther is decent if you go in NOT expecting him to be as sadistic as Michael Rosenbaum’s from Smallville or as cunning as Gene Hackman.

Batman Vs. Superman: Dawn of justice is a good movie with some great moments and some questionable choices in direction. It’s an enjoyable movie with three of your favourite comicbook characters and a couple villains you might want to see too but  It probably won’t live up to the expectations you have for it but don’t let that detract from this darker take on the DC movie universe.

Leave the 10 years of anticipation for this movie at the door along with your expectation for this to be the biggest movie of all time because if you go in to this movie with hopes set to high your going to be very very disappointed.

To buy or Not to buy? There are a couple reasons you SHOULD pick this up on Blue-Ray or DVD 1. This is the sequel to the Masterpiece known as “Man Of Steel” 2. An introduction to a New Batman. 3. The first on screen appearance of the long awaited Wonder woman. And to be honest it’s a pretty entertaining movie. 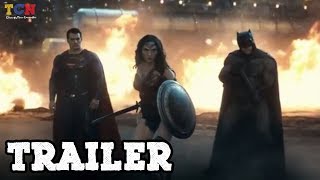 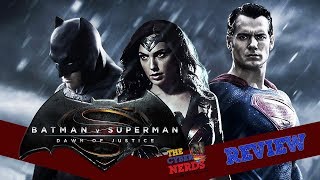