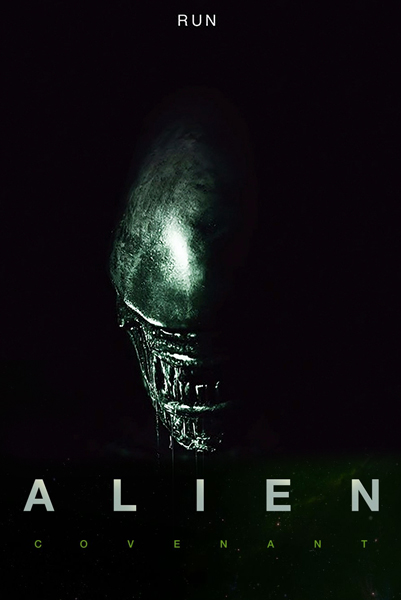 The crew of a colony ship discover an uncharted paradise, with a threat beyond their imagination, and must attempt a harrowing escape.

The Prometheus squeal and aliens prequel is exactly that 50% great action thriller and 50% so high concept Science fiction that it makes no sense at all. Now I really enjoyed this new installment into the aliens franchise and to be fair I like Prometheus too. I didn’t have the highest expectations going in so I was pleasantly surprised with how satisfying it is. Alien Covenant had a lot things going in it favor and these are all the things that delivered.

As the majority of Ridley Scott’s films it’s visually stunning and directed in away that only few in today’s era of film making can manage, He clearly knows what he is doing with this franchise (sorry Neill Blomkamp) and its clear to see from this movie.

Aliens has a great cast and the deliver on the acting from Danny McBride, Katherine Waterston, Billy Crudup, and even a little James franco cameo but it’s Micheal Fassbender’s performance as David and Walter that steals the show not once but twice. Even for a horror movie where you know that everyone’s going to die, the cast do a great job of getting you attached  to them and really wanting them to escape the clutches of the dreaded xenomortph

Now  where Alien: Covenant kicks me in the teeth is it makes no sense to me that in a universe that’s capable of sending colony ship to other solar-systems are not intelligent enough to wear space suits or fight the urge to stick there faces in places any common person wouldn’t, or even follow a killer android into his secret lair after he has admitted he is a killer android but hey I guess that’s why I’m not a scientist. The characters continually do things and make choices that anyone with common sense wouldn’t at times this pulled me out of the movie.

Now realistically the real reason we are here is to see aliens rip humans to shred and latch on to peoples faces and if this was a review for just that alone this movie would get a 10/10 the horror and suspense elements in this movie are off the charts and its a master class in how to scare the sit out of someone and just freak them out in general. there are a couple scenes in this movie that will literally make your skin crawl and that what I really liked about this feature film.

The Prometheus squeal and aliens prequel is exactly that 50% great action thriller and 50% so high concept Science fiction that it makes no sense at all.

This picture delivers on most of the aspects you would want it too but it’s hard not to notice how over the top & the crazy decision making of certain characters are, it doesn’t have the most elaborate plot twist but to be honest it did feel satisfying enough for me. I would recommend everyone to go see this movie its scary, suspenseful and entertaining you will not be disappointing 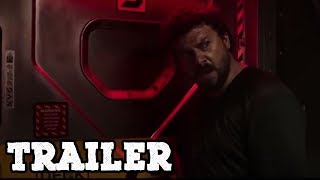